Along with Mayor Cody, Street Fighter V: Arcade Edition will be seeing a very much needed change to Survival Mode that will hopefully make the experience less painful to go through. In addition, Capcom also announced a couple of new costumes that will be coming to the game. Hit the jump to see the changes and costumes.

Here are the major changes coming to Survival Mode, along with a new mode, condensed from Capcom Unity.

Just to be clear, all prizes received in Fighting Chance have no impact on actual gameplay against other players. They are purely cosmetic or Battle Goods that can only be used in Survival Mode.

Now lets get to the costumes.

First, we have Ken dressed as Dante, the main character of the Devil May Cry series.

Next, we have Ed dressed as Nero, the main character of Devil May Cry 4.

Lastly, we have Laura dressed as Gloria/Trish, the lightning-wielding partner of Dante.

Perhaps even cooler than the above, Rashid will be getting a kickass Air Man costume! Air Man comes from the Mega Man series and first made his appearance in Mega Man 2. I can’t wait to see this costume in action. 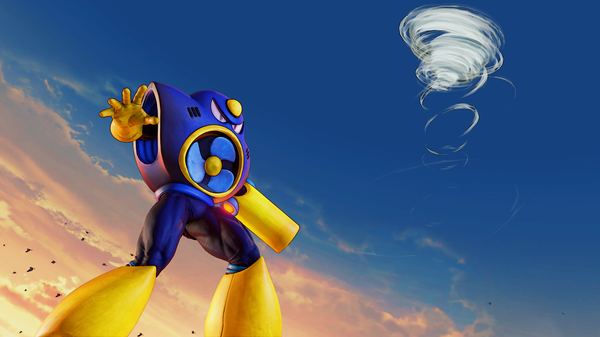